Opening for business in May 2014, the IBIS Hotel in Adelaide comprised of 311 suites over 17 levels, including conference and restaurants facilities on Level 1 and a gymnasium on Level 2. Design efforts by Lucid resulted in the most cost-effective IBIS Hotel development in Australia.

Lucid became involved early during the Schematic Design phase of the project and initiated optimisation of the building core, risers and floor to floor heights. As an example, the use of stair pressurisation relief via lobby windows avoided costly and space-consuming riser space around the building core.

In addition to the building services disciplines, Lucid was appointed as the speciality lighting consultants for the project. The elegant, highly-maintainable and cost-effective canopy-mounted up-lighting solution emphasized the highly faceted concrete panel façade. The facade lighting solution for this project was successful in the 2014 IES ANZ Lighting Design Awards. 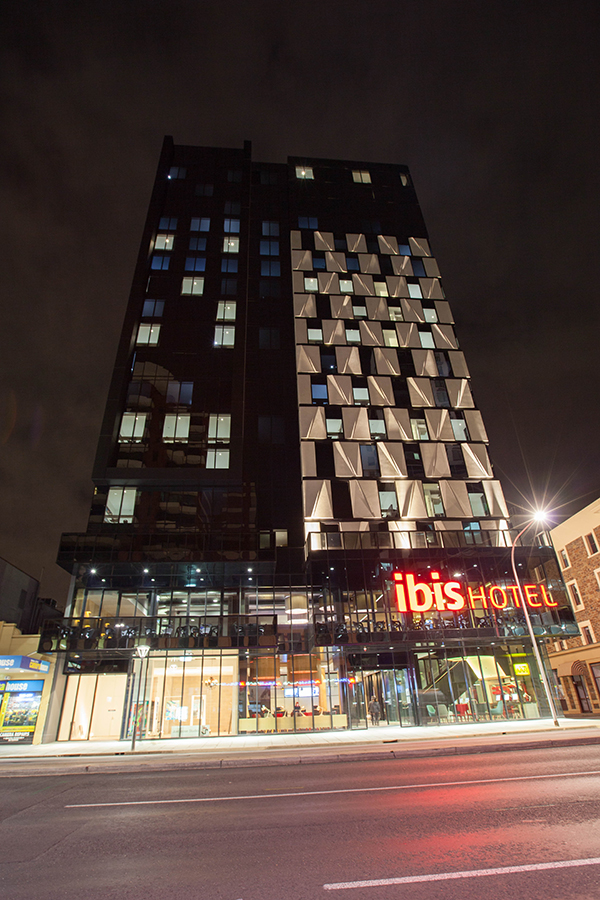